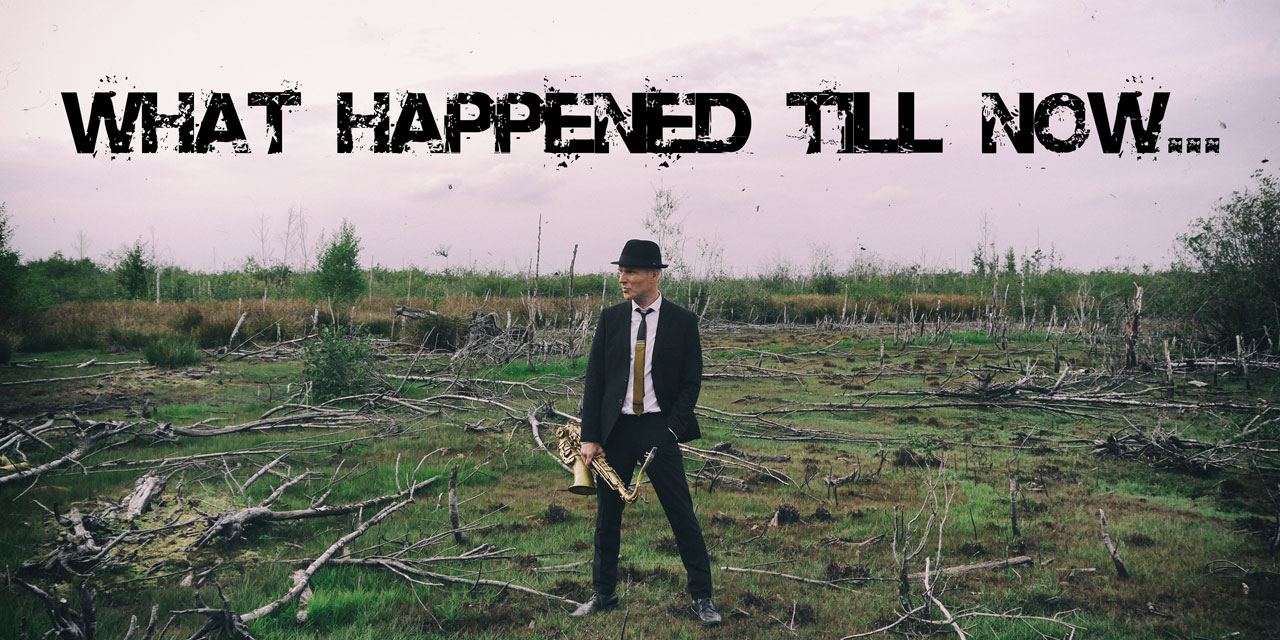 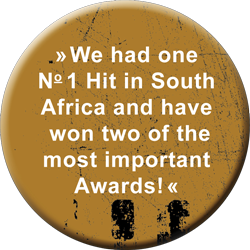 My for me most important project (up till now). With Culture Clan I have got to know Africa. This included that in Johannesburg I repeatedly had a 45 Magnum in the face… Definitely this wasn’t fun! But let’s start from the beginning:

I founded „Culture Clan“after a trip to South Africa with the band ‚Jazzkantine‘. Jazzkantine had been invited to tour South Africa as part of a cultural exchange program during a visit by the German President. On that trip the band performed at several centres, and conducted workshops. I was fascinated by the richness and diversity of South Africaís culture and fell for the idea of recording music in Germany with vocals from South Africa. I spontaneously extended my stay by another 2 weeks and I got acquainted with Leon Erasmus, the owner of the Mega-Music Recording Studios and Zonke, a young and talented singer from Johannesburg.
Back in Germany, I explained the concept to bass player, composer and co-producer Matthias Fuerstenberg because a project of this couldn’t be handled alone.

I went a few times to Johannesburg to record also some rappers. (Unfortunately, on the „search for talent“ I had a 45Magnum in my face since I had been in areas where a white is not supposed to turn up. Dam this wasn’t fun! But I had managed every time escape unhurt).

Back in Germany the songs were completed by the help of many brillianten musicians, also with string- and windplayers. More than 25 musicians on the whole were involved in the project CULTURE CLAN.

This was a loooot of work… but:
In the end we had a Nr.1 hit in South Africa and got 2 important Awards!!! 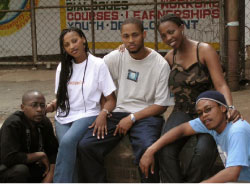 Break in front of Studio 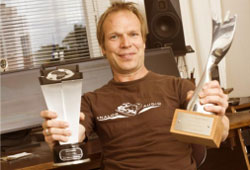 I was really happy for this two awards…! 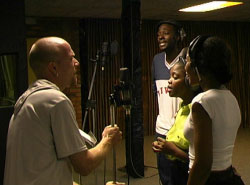 Everything is gonna be alright

PHONOLYRICS, it is the concept to connect literature and music in all sorts of forms and programs. Excellent & professional artists from different genres meet and accompany the spectators on an developing journey full of pictures and emotions.
This is great fun!!! 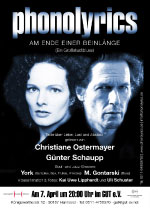 York “Kick me out”

My first solo CD with much Saxes and Flutes from the year 1994, recorded & mixed by me in the Blue Sound Studio. Acid Jazz pure! As guests: Cappucino of the Jazzkantine and Tess Alexander a cool soul singer from Canada!

Although there was no connection to a wellknown record label and no considerable promo for this CD, but it has sold considerably …

(Well, you didn’t copy robbery at that time.)